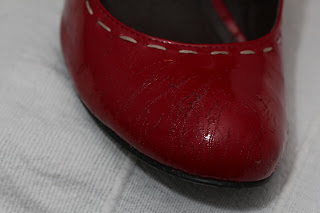 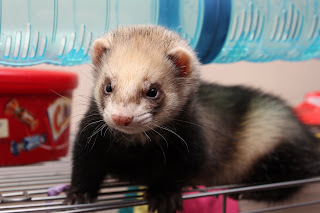 Dislikes: Scary things (not sure what they are, but every so often he’ll hide under the bed and have a freak-out-episode). Baths.

Notable achievements to date: clambering on to the windowsill, and emptying two potted amaryllis bulbs and a full watering can over a stereo and a stack of forty CDs. 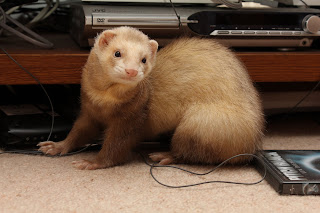 Dislikes: Having corks, feet, Thorn, and other chew-toys confiscated. 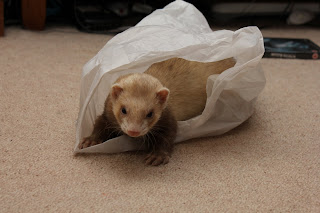 Notable achievements to date: Removing the scroll-wheel from a mouse, and the buttons from a remote control. 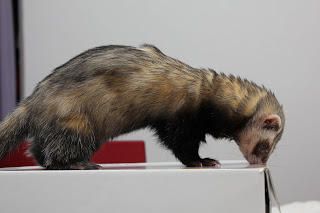 Name: The Honourable Kitty Packenham, aka “Kitty”, aka “little madam”, aka "One-eye", aka “No!”

Likes: Jumping up and down onna bed. Playing hide-n-seek under the duvet. Jingly balls. Chasing the cats. Getting inside the sofa and slowly destroying it from within. Biting people who are playing with her. Sleeping in her penthouse hammock at the top of the cage where the Boys rarely go. 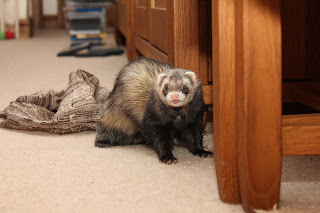 Dislikes: Being removed from the sofa and told-off. Being kicked inna head by Thorn.

Notable achievements to date: It’s a tie: either it’s having an eye gouged out by a cat and still not learning to keep away from them, or it was losing a fight to a box of miracle-gro and having bright blue feet for two days. 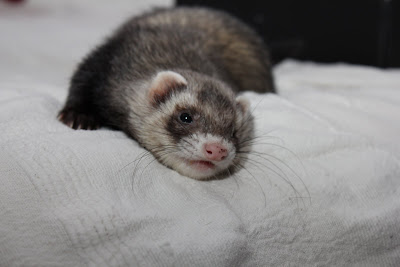