The Lowlands of Surrey 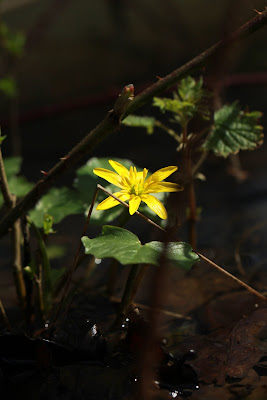 Sunshine! And a swarm of Londonites descend upon the Surrey Hills and pretend to be Olympians. To avoid the red-light-jumping, "You're riding the Box Hill Loop the wrong way"-shouting* hordes earnestly doing circuits of the hills, I decided to head out to the flatlands. 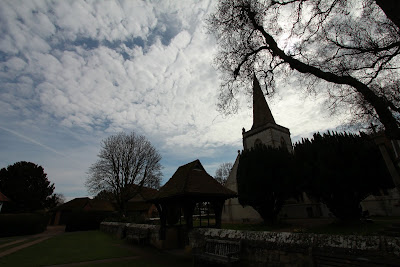 I found Constable-style clouds, alligator-infested** swamps, and even a windmill! It was just like Holland! 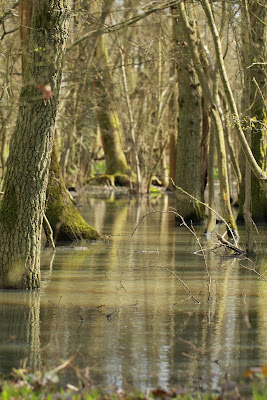 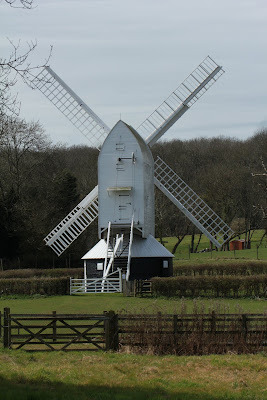 *Seriously, I've had this bellowed at me, when I objected to a cyclist who was climbing Zig Zag Road on the wrong side. Um: heading down Box Hill is how to get home for me!

**For a given value of infestation...
Posted by Kathy at 8:16 PM No comments: 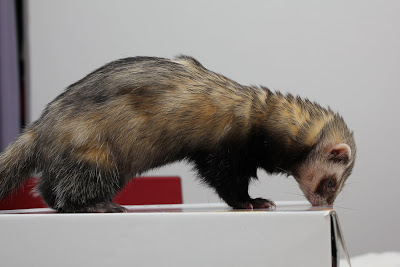 No, they’re not, no more than your pet cat is a rodent. They are mustelids, like badgers otters and weasels. Mice are omnivores with nibbling gnawing teeth, whereas ferrets are carnivores with biting flesh-slicing bone-crunching teeth. Just like a cat.

What do they eat?

The fourth picture in this article (warning: Daily Mail link) is a ferret

Not exactly. Not a domestic ferret, anyway, which is what the article is about. It’s a Black-footed Ferret, an endangered species native to North America. It is about as relevant to this article as a picture of a Scottish wildcat is to the story of Boots The Amazing Stowaway Kitten Who Travelled 500 Miles. Possibly even less.

But aren’t they wild animals?

No, they’re domesticated, just like Mog and Hairy Maclary from Donaldson’s Dairy. They’ve been domesticated for thousands of years, have no sense of fear or self-preservation, and tend to die quite rapidly when left unsupervised in the Real World.

They chew though cables

No. At least, not that I’ve discovered. Rodents and lagomorphs (hey kids: rabbits aren’t rodents either!) chew cables, but ferrets don’t have nibbling gnawing teeth (see above). They do unplug cables, shred the carpet, dig up houseplants, knock over tea, chew shoes, steal corks, empty cupboards, poop under the bed, sleep in my sock drawer and attack the cats, but in the ten years I’ve been keeping them they’ve never chewed through cables.

Do they have freedom to run around the house?

No (see above). They are allowed out of their cage under close supervision each evening, followed by fifteen minutes of clearing up afterwards.

They smell, don’t they?

Well, yes, inasmuch as all animals and humans have a “smell”. It’s not a pungent nasty smell unless you never empty the litter tray or you startle them. Personally I find ferret-smell less objectionable than dog-smell or Lynx body-spray, but your opinion may differ.

Well, it’s complicated. Ferrets are very scent-oriented creatures, so if you’ve just eaten a burger or painted your nails then your hands will smell of food or exciting paint, which will need Investigating. And the way ferrets Investigate things is often to pick it up in their mouths. Also, ferrets are incredibly playful, and a good way of inciting a game is to run up to your friend and give them a nip of the teeth to get their attention. Or sometimes a human might be wearing a sock that really MUST be added to the secret sock stash under the bed, so you pick it up in your jaws and try and carry it off and wonder why the screaming starts when you get a mouthful of toe as well.

Ferrets are like any other animal: it depends how well they have been socialised. In the past I’ve owned ferrets which were 100% guaranteed not to bite, and have confidently left them being played with by toddlers. I’ve also rehabilitated a mistreated ferret who had learned that biting any human within reach was a good survival mechanism. My current crew are not entirely trustworthy enough to be left alone with a child, but with supervision they’re fine. They’ll never exactly bite, but they may just give an entirely predictable (if you know what to look out for) sharp nip every now and again. But it’s never malicious, just curious.

Are you sure they’re not rodents?

Why do you keep them?

It seemed a good idea at the time.

Email ThisBlogThis!Share to TwitterShare to FacebookShare to Pinterest
Labels: Ferrets

Apart from the T-rex, because his arms are too short to hold the club... 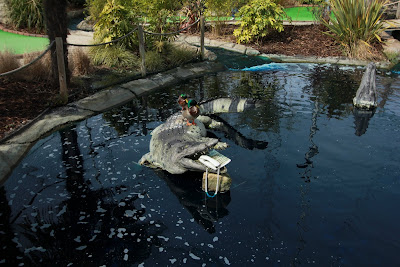 History has seen the invention of some great combinations: Fred and Ginger, gin and tonic, eggs and benedict. Well, now the folk of New Malden bring you something that is so brilliant and yet so simple that you think "Of course! Why didn't I come up with that?": 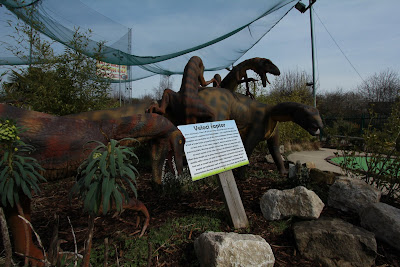 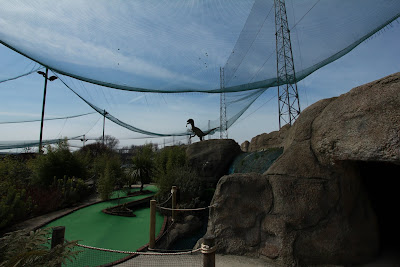 Nestled away in the maze of industrial estates by Shannon Corner is a pocket of the Jurassic (or possibly the Triassic). Like Bradbury's hunters in A Sound of Thunder, we wended our way on the narrow ribbon of pre-cast concrete (thoughtfully inset with dinosaur footprints), wielding our twenty-first century golf-club technology. Above the roar of the A3 and the cover versions of Saturday Night and The Ladies of the Harem of the Court of King Caractacus blaring out of the speakers, the pre-recorded roar of dinosaurs could be heard. Vivid blue streams of water concealed plastic crocodiles which were being used as a perch by a pair of remarkably non-blue ducks (both drakes, but I'm not judging them on their lifestyle choices) and a telephone. 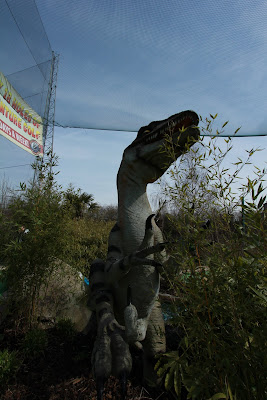 Email ThisBlogThis!Share to TwitterShare to FacebookShare to Pinterest
Labels: Dinosaurs 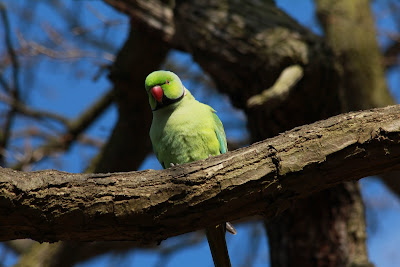 Lots of wildlife in Richmond Park today - kestrels, deer, parakeets... even a Womble! 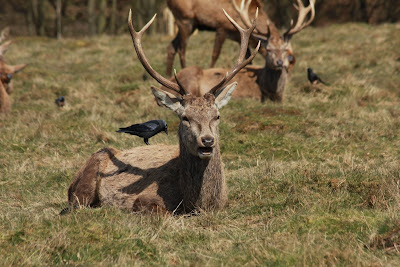 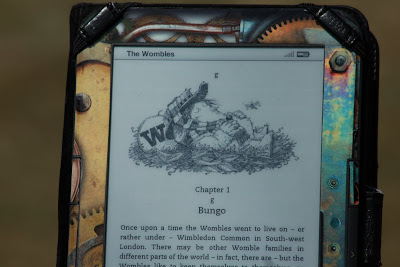