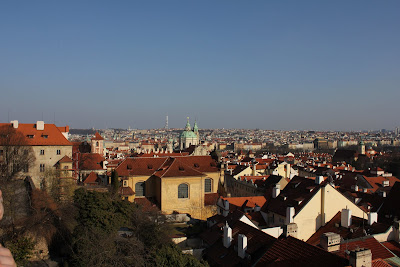 We spent much of the Sunday exploring the castle. Since it was some way up the hill from our hotel (we were staying in the Hotel Hastal in the Old Town), and Miffy has a bad knee, Miffy got a tram whilst we walked. This inspired me to sing the Trolley Song interminably for the rest of the weekend. Sorry Miffy. 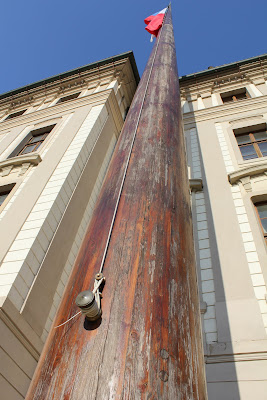 The castle provided a wealth of entertainment, from the Changing Of The Guards (we spotted that they had those metallic tap-shoe things on their soles so that they could make a really good stompy sound) to the famous Defenestration window and the crossbow shooting gallery. 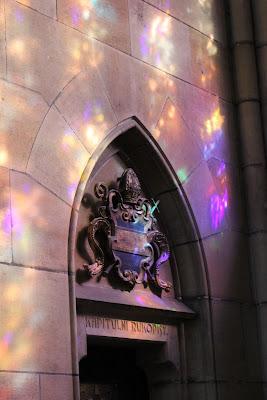 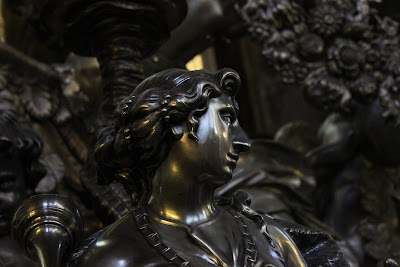 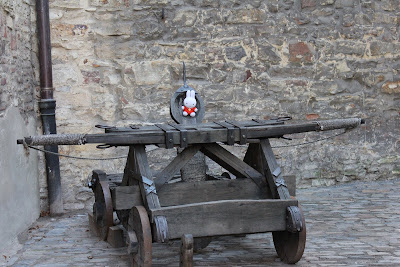 Following our Castle exploration, we retired to a Mediaeval Cellar which promised BEER and Mediaeval Dancers (conjuring up a confusing mental image of chain-mail nipple tassels). The beer was indeed good, but we were too early for the dancers, and had Places to be.

Now, the Czech nation are, according to Karel, the greatest consumers of alcohol per head in Europe, and are somewhat proud of this fact. Whilst exploring the city, we had seen advertisements for many pub crawls ("The best night you'll never remember!"), and, it being St. Patrick's Day, the locals were enthusiastically gearing up for a celebration of drinking and more drinking. We opted to ignore the local Irish pub, and the local English pub, and thought we'd go for a pre-dinner drink in the Beer Museum Bar (since there were still 22 of the 30 beers on tap to be tasted), and thence to the restaurant we'd booked for dinner. We walked down the street, got to the end, and though "that's silly, we must have walked straight past it".

On closer examination, it turned out to indeed be the Beer Museum Bar. In the past twenty-four hours, it had undergone a complete makeover including green carpets, a new name, sign and frontage, and a selection of moody black-and-white photos of Ireland plastered all over the walls. Serious dedication to drinking, the Czechs. But at least the beer was as fine as ever. 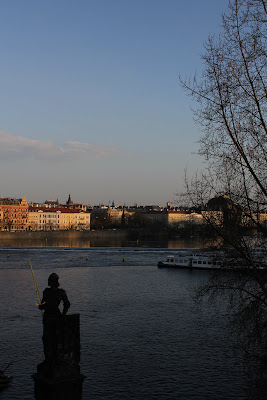 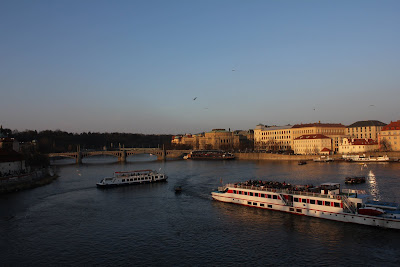 From thence we wibbled to U Sadlu, where we consumed a vast amount of protein, discussed the evolution of even breasts (well, uneven ones would lead to running in circles, and therefore those afflicted would be less likely to escape predation), and made little "Exterminate" noises with the Dalek salt-and-pepper pots. Oh, and possibly consumed more beer. 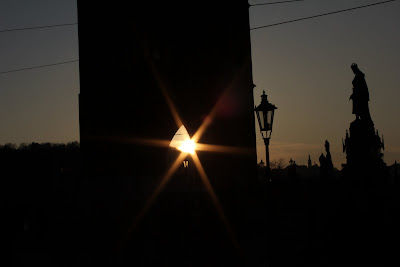 Email ThisBlogThis!Share to TwitterShare to FacebookShare to Pinterest
Labels: Beer, Me, Photography, Prague