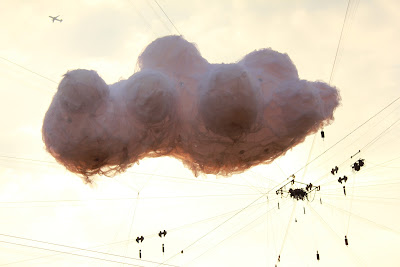 So anyway, as I mentioned earlier, I went and had a sneak preview of the Olympic Park and the opening ceremony last week.


The Olympic Park seemed perfectly adequate and fit for purpose - vast acres of concrete and food concessions (and a wonderful technique to tackle public drunkenness, because the only beer available was unremittingly awful). But there were lots of flowers and riverside walks which looked rather lovely, and the RAF who searched my bag (eventually - you could tell they felt awkward about it, because the RAF are Gentlemen, and a Gentleman Does Not Look In A Lady's Handbag) were impossibly polite and declared me the Official Olympic Confuser of the RAF because their scanner was thrown into confusion by one of my camera lenses. In fact, they were so polite that it made me realise that the normal levels of surly rudeness we take for granted by those in authority are utterly unnecessary, and I contemplated writing to The Telegraph about this. 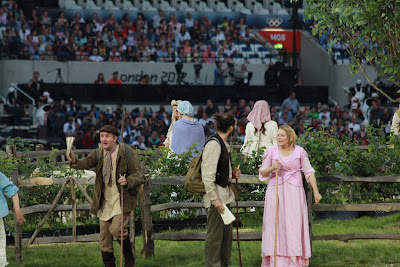 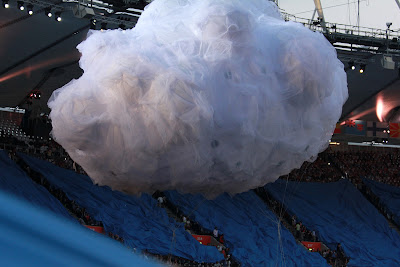 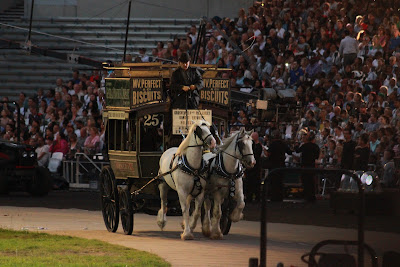 Anyway. The ceremony itself was fantastic. I'm assuming everyone now has seen it on TV, and I have to say it was a privilege to be able to see it live and on the tellybox. Live, it was like a circus. We were surrounded by the action, and the Industrial Revolution sequence felt so realistic that my brain was utterly convinced that the Olympic Rings were freshly-forged steel, and not just clever pyrotechnics. 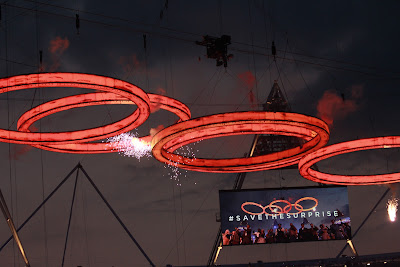 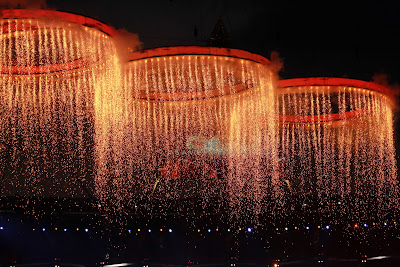 The drummers were all around us, and the entire stadium was shaking, and when the nightmare-creatures ran on during the NHS sequence (which was by far the best of the three sections) we were surrounded by screams and shrieks, and it was rather terrifying. I also utterly failed to recognise Kenneth Branagh or JK Rowling. 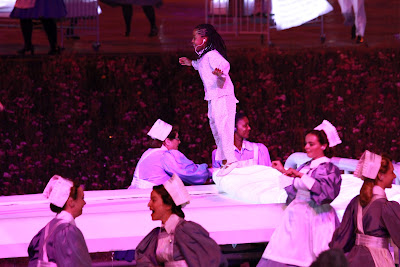 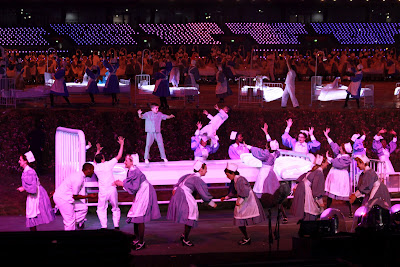 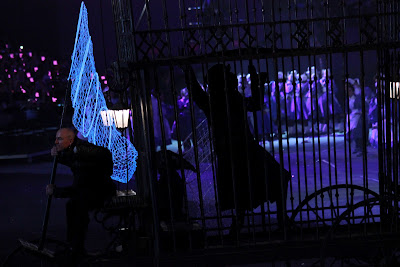 Because we only saw a dress rehearsal, the show was incomplete and a bit disjointed, and there were times when all the screens would go black and just play music. We worked out that James Bond would be arriving by helicopter, but we had no idea that he would be accompanied by Liz, playing herself.


The "House Party" sequence made a lot more sense on TV - live, it was a rather incoherent (if enthusiastic) jumble - possibly not helped by the fact that we hadn't been equipped with our 3D glasses. 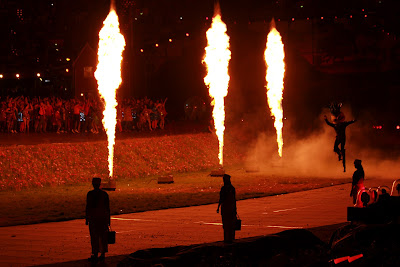 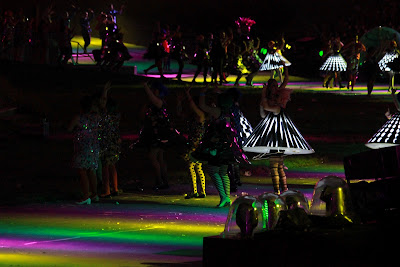 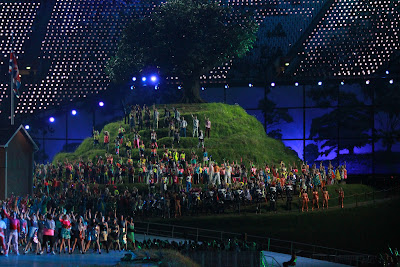