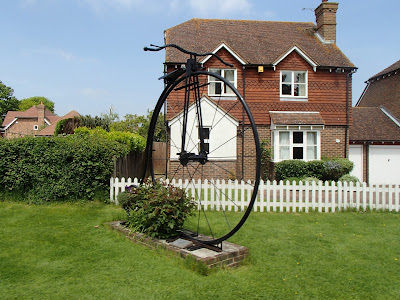 The journey from Leatherhead to Dover is a moderately pleasant 150km ride on a bike. To add a challenge, load said bike with all your possessions, and have a very fine extended lunch at The Three Chimneys, Biddenden, with a couple of pints of local 8.5% cider. 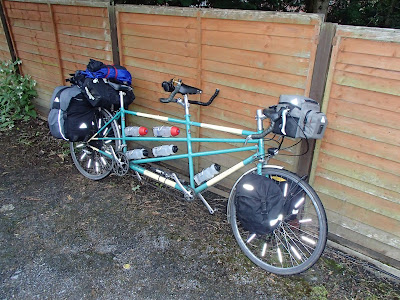 Most of the route can be done on reasonable roads (apart from one stretch near East Grinstead where Mr GoogleMaps decided to take us on a detour via the rutted and bumpy NCN rather than the empty and smooth roads), but the final stretch from Folkestone to Dover is a killer - the B-road between the two towns is the size of a motorway and so steep that we were only capable of pedalling fifty yards before then stopping for a rest, repeatedly.

When we did eventually get in to Dover, the staff at the Premier Inn next to the ferries were terribly helpful, and let us park the bike in the laundry room to save unloading it ("Bikes are far more important than towels!")