All aboard the not-quite Orient Express! 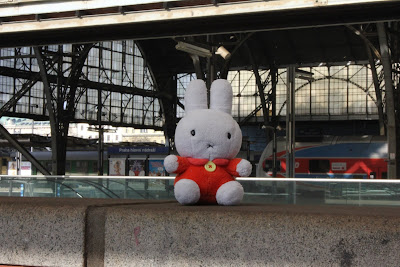 As I said, last weekend we were in Prague. Now, it is possible to fly to Prague in a matter of a couple of hours, but that method was deemed boring, and far too simple. Instead, we felt it was much better to get a train to St. Pancras, a train from St. Pancras to Brussels, run hell-for-leather to another platform (not the platform which the helpful Eurostar announcement had told us) to catch a train to Cologne. Once in Cologne, we had time to find a jolly nice restaurant where I wrote "Schönsten = sossidge!" in my notebook, so it must have been important (or there was BEER), before it was back to the station to board a sleeper to Prague.

Due to the many stops in the night (honestly, who wants to catch a sleeper to Berlin and arrive at three in the morning?), I ignored my alarm when it went off, and failed to see the really pretty view, but Miffy assured us it had been glorious. By the time I got up, we were running alongside a river, through a foggy valley which was nonetheless quite scenic. 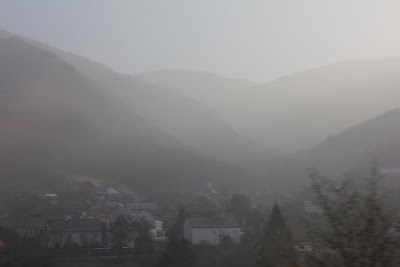 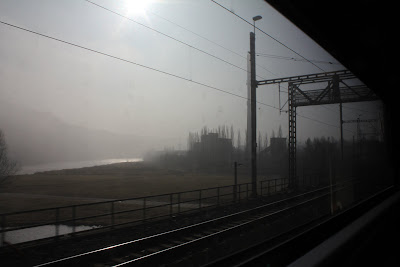 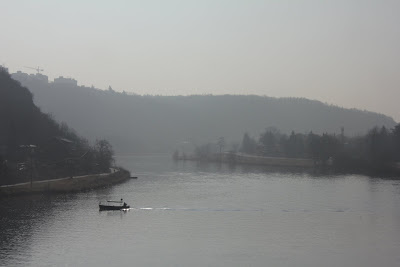 Email ThisBlogThis!Share to TwitterShare to FacebookShare to Pinterest
Labels: Me, Prague