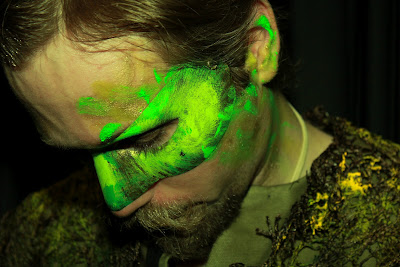 Most people were pretty happy to let us wander around with cameras last night - performers would obligingly strike a pose and (if you were painted green and dressed as a Renaissance hedge, as I was) also ask if they could get a photo with you. The only time I was told somewhere was off-limits was the time I tried to get back from the loos to the room I was meant to be in, only to be told that I should be the other side of the stadium. Pointing out that there were 55 other people dressed just like me in that room eventually convinced the security guard that I might be allowed in.

Anyway, here's a selection of some of the more fun ones from last night.

The Cauldron, during a brief pre-show lap of the stadium (to check it was working and rideable, of course): 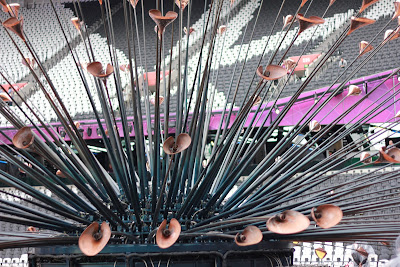 The flag bearers: those dresses looked hideously uncomfortable, the shoes were padded out with blister-plasters, the women couldn't sit down properly, but damn could they smile and throw a pose when a camera appeared! 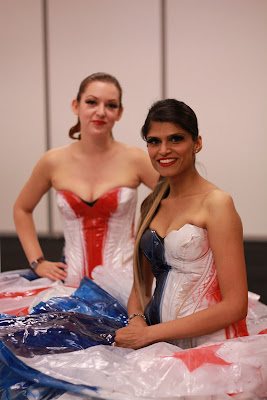 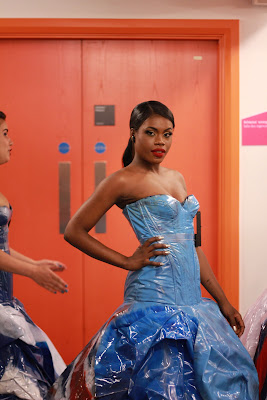 The doggie (I think her name was Trixie, or something like that): also a knew how to work the camera: 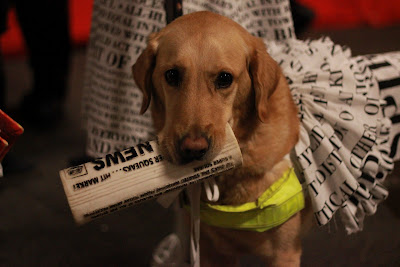 This woman was part of the "Protest" scene, and had just seen her country's flag go on. She looked so happy: 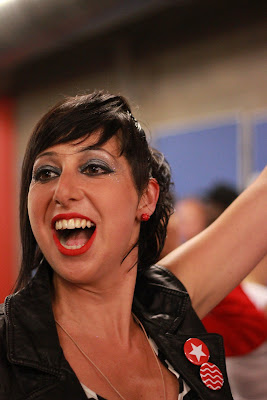 The view from Vom 5 as the "Pods" came offstage and we prepared for the finale: 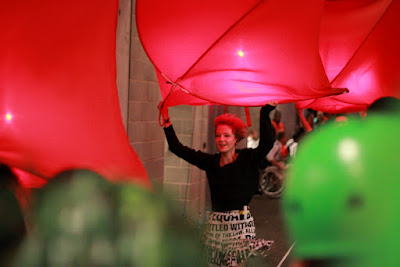 Tim, wearing a far better helmet (he had to let the policeman wear his hat as insurance): 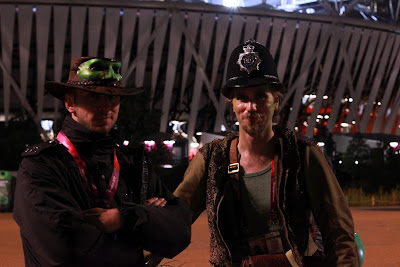