I rather like the Olympic and Paralympic mascots. The Paralympic Mascot in particular is very cute, and clearly a cyclist with his padded gusset and aerodynamic vented head. Admittedly, I also think that the creature in Alien would have made a lovely pet if only someone had tapped it on the nose and said "no" firmly after it ate Brett and Dallas, and I have cuddly crocheted Cthulhus, so what do I know?

Anyway, when Tim discovered that the toy shop had all the Olympic and Paralympic paraphernalia heavily discounted, I was rather overjoyed to receive a giant Mandelbrot.* 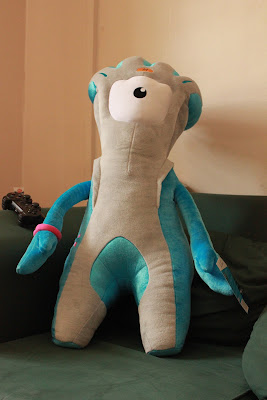 I then decided that I needed more Mandelbrots, so that I could have a set of them (this makes me giggle far too much). 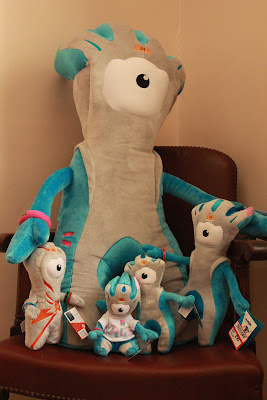 I have since realised that I missed a bad punning opportunity, and need to go shopping for more Olympic mascots, on order that I may have Much Wenlock, but in the meantime the Mandelbrot Set are fitting in well with the rest of the cuddly toy collection. 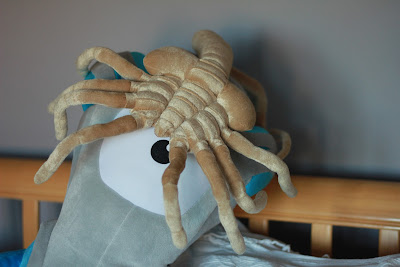 *OK, according to their labels, they're meant to be called Wenlock and Mandeville, but they'll always be Mandelbrot and Wensleydale to me.
Posted by Kathy at 11:18 AM

Email ThisBlogThis!Share to TwitterShare to FacebookShare to Pinterest
Labels: London 2012, Me, Olympics, Paralympics