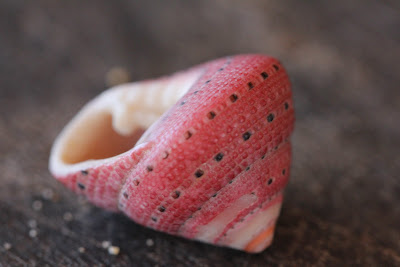 We relocated to a place called Mahalina. On arrival, just as there had been at Russian Bay, we noticed a gaggle of people sat around under a washing line strung with embroidered tablecloths and proffering carved wooden souvenirs. This, we were to learn, was the way the gift-shops operated. Either the boat-operator or the camp caretaker would inform the local trader(s) that a bunch of vahaza were due to arrive, and a dhow would drop them off in advance, they would set up their wares, and then leave later that day. It was relatively civilised – there was no pestering or harassment, and if one wanted to purchase a souvenir one walked over to the washing line, and if one didn't, one remained in the campsite and wondered why a tropical beach paradise had a tradition of making elaborately embroidered tablecloths.

Mahalina was a strip of beach on the edge of a mangrove swamp, and not much else. Fresh water was extremely scarce, and we were warned to be prudent when washing with our rationed bucket of “fresh”1 water. Again we had A-frame bungalows with tattered mosquito nets as accommodation, but this time they were on the beach, not on stilts.

The afternoon was spent collecting “pretty” shells and sand dollars from the beach, and watching the world go by from our table. The caretaker had a small (about three years old) child named Ali, and Ali had a puppy (named Bobo) and a kitten (named Cat). The three of them together were quite hilarious, since the kitten thought it was a puppy, the puppy was convinced that it could climb like a cat, and Ali thought that they were toys to be dragged around by whichever appendage he could grab. We noticed that in this place, the sacred rock (identifiable by the red cloth tied to it) was fenced off – probably to stop Bobo breaking the “toilet” fady.

My notes become a little hazy at this point, but I think it was on this evening which the rum-for-tourists ran out (in terms of the bar, rum was free and we were charged for the mixer) and we moved on to drinking the rum-for-the-crew. At least, we think it was rum, but it might equally have been engine-degreaser. Denis seemed amazed when we said we liked it, though I do recall my vision going sporadically black at points.

1The water was brown and murky and the bottom of the bucket couldn't be seen. The only thing “fresh” about it was that it wasn't salty.
Posted by Kathy at 8:01 PM