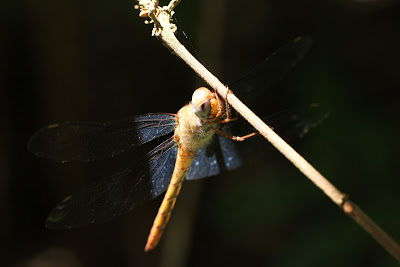 Having not been permitted to explore Lokobe when we were camping on the edge of it (it is classed as a “Strict Reserve”, which is not quite a national park, but similar), we booked a day-trip back there. We were told sternly that we would need to wear trousers and boots, so it was quite a contrast when we were introduced to our guide, Michaela, a young woman in a sequinned kaftan and flip-flops.

As our driver, Jean, drove us out of the hotel (in a car with a cracked windscreen), he halted before we got to the road. “What's wrong?” we asked, wondering if the car was broken.

“Chameleon” he answered, pointing at the hedge.

“Where?” we asked. “ I can't see anything other than that bright turquoise bit of- Oh, right.” 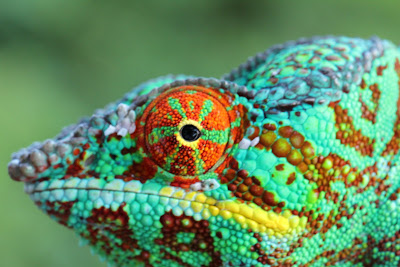 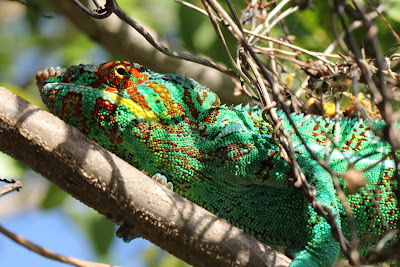 We were driven through Hell-Ville, past the large cemetery with goats perched on the tombstones (sadly, I felt obliged to respect the fady prohibiting photography of tombs), through ylang-ylang plantations, and to the village of Ambatozavary.
There, we boarded a leaking pirogue, were handed a paddle each, and we set off around the coast. Michaela hitched up her kaftan, sighed, and concentrated on bailing. She said she much preferred taking people on trips to Komba.

After about forty-five minutes, we landed in Ampasipohy, a small and rather charming little village. I think it is what Komba would have been like ten years ago. Yes, there were children singing and souvenir stalls, but far less blatantly than on Nosy Komba. 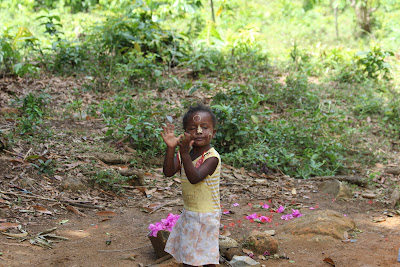 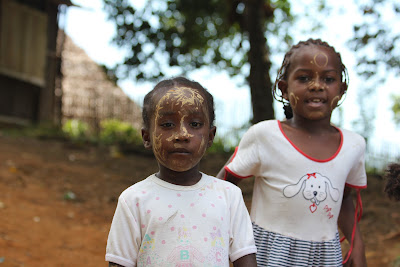 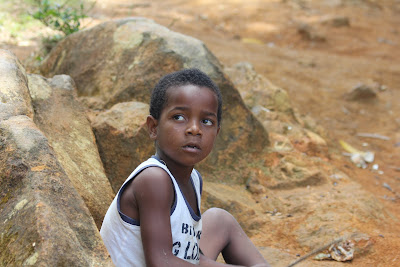 From Ampasipohy, we walked into the forest, having been warned to keep quiet so's not to disturb the wildlife. Thus it was that when we saw a maki, we said in hushed tones “Look, a lemur!”, at which point Michaela rolled her eyes and yelled “MAKI MAKI MAKI!” until the lemur wandered over to see if we had a banana.

A walk which entailed much wildlife later, plus a translation confusion over the use of the Quinine tree (apparently Italians, who comprised the rest of the tour group, consider it to be “medicinal” as opposed to “with gin”), we headed back to the beach.

There, we were served vast amounts of sea food and rum, and the Italians insisted on presenting a group of happily-minding-their-own-business local toddlers with colouring pencils, thus teaching them the art of begging from vahaza. 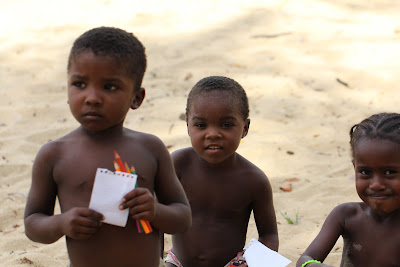 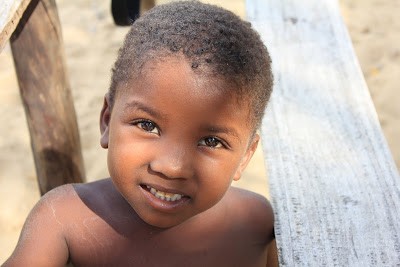